Leslie Daigle is an experienced and successful wireless technology and land use consultant who is focused on guiding constructive and innovative solutions to thorny issues affecting local governments in Southern California. 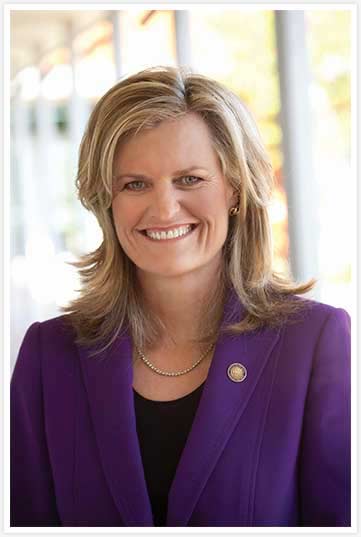 For 21 years, she has consulted to major wireless clients as the fast-moving technology and growing consumer preferences required municipalities to develop new regulatory frameworks and infrastructure to address surging demands of their residents, visitors, businesses and government agencies and departments.

Her clients include Verizon Wireless, Google and Mobilitie, and the emphasis of her work has been focused on helping cities achieve reliable wireless coverage. A major focus of her efforts has been the creation of emergency management wireless networks to better link police, fire and other emergency services in responding to natural and manmade disasters.

Leslie recently has worked on major projects in Irvine, Pasadena and Newport Beach.

Leslie, who served on the Newport Beach Planning Commission and then the City Council for ten years from 2004 to 2014, also assists clients on land use issues. This includes strategic thinking and implementation of plans to navigate the complex process of zoning approvals and acceptance of new property improvement proposals.

Leslie Daigle was the District 15 representative to the Southern California Council of Governments (SCAG) Regional Council for eight years from 2006 to 2014. The Regional Council adopts the Regional Housing Needs Assessment (RHNA) which is mandated by State Housing Law as part of the periodic process of updating local housing elements of the General Plan. The RHNA quantifies the need for housing within each jurisdiction during specified planning periods. While on the City Council, Leslie chaired the Affordable Housing Task Force. She currently serves on the SCAG Emerging Technology Committee.

During her time on the city council, she was widely recognized as a serious and thoughtful public servant with a reputation for independent thinking and creative municipal problem-solving.

Her crowning achievement grew out of her determination to reduce urban runoff and improve the water quality of Newport’s iconic bay and beaches.

Leslie was the council’s lead advocate for coordinated state and federal funding to complete the Upper Newport Bay Ecological Restoration Project, and dredging the main bay to significantly improve navigability and water quality. She demonstrated her gifts of being able to tackle difficult issues that require the cooperation and support from governmental agencies and elected officials of different parties at the local, state and federal level.

Wrote her local newspaper, The Daily Pilot, after her reelection in 2010:

“….Daigle took the high road in an election year when many others did not. She was unflappable during her reelection campaign. She cares about the environment, realizing that the ocean and bay are her city’s greatest assets. But she is also fiscal- and business-minded and is earning a reputation for transparency and accessibility among the press. She’s also tougher than early detractors expected.”

Leslie is a graduate of the University of Denver where she studied Natural Sciences, and the Denmark International Study Program at the University of Copenhagen. She completed the Woman & Power: Leadership for a New Generation program at Harvard’s Kennedy School of Government.